The F1 Car That Had Infinite Gears | CVT Explained

Thanks to Fuel For Fans for sponsoring this video! Go show them some love and check out their BLACK FRIDAY SALE!
➤bit.ly/D61xFFFbf
The link will get you 20% off all non-sale items, or use code 'DRIVER61' at checkout. A huge thanks to Fuel For Fans for supporting the channel!
➤Follow us on:
➤ Instagram- @official_driver61 - bit.ly/D61Insta
➤TikTok - @official_driver61 - bit.ly/D61TikTok
This 1993 Williams has one of the most unusual gearboxes ever in F1. Rather than 8 gears like modern F1 cars, it had an ingenious mechanism that could smoothly change through an infinite number of gear ratios.
It promised to make the car easier to drive, more efficient and much, much faster.
It's called a Continuously Variable Transmission, a CVT. It’s not a new thing, but was new to something as powerful as a 90s F1 car.
It meant the car was always in the right gear and could make best use of the engine's power, delivering all 850 horsepower, all the time.
There are many different types of CVT - with more clever ones being trialed in cars all the time. They’re not new though, and are often used on anything from a Pillar Drill to a Scooter.
➤ Subscribe for more incredible motorsport: goo.gl/AbD2f9
But this is the one that was used in the Williams car, it’s essentially two pulleys, with a belt connecting them. One pulley is connected to the engine, the other to the wheels.
Each pulley has one side fixed in place, whilst the other side can move.
When the pulley is squeezed together, it forces the belt up the cone, the same as shifting to the largest cog on the back of your bike.
The same happens in reverse, pull the two sides apart and the belt moves to the bottom, similar to the smallest cog on a bike.
If you were to hold the pulley somewhere in the middle, you can have any gear ratio you like, as the belt can deliver power anywhere on the surface of the pulleys.
📺 F1 Driver’s Technique Explained
➤ Senna’s bizarre technique: bit.ly/3lORK59
➤ How Schumacher’s style won 7 championships: bit.ly/3527cVz
➤ Alonso’s strange steering: bit.ly/2Z7a93v
➤ How Verstappen will be F1 champion: bit.ly/3jK6L6n
➤ How Verstappen is so fast in the wet: bit.ly/32WMVhr
📺 F1 Engineering
➤ How F1 brakes work: bit.ly/3h0Whh0
➤ How an F1 clutch works: bit.ly/3i0oDJM
➤ What’s inside an F1 gearbox: bit.ly/2DzMqRW
➤ How F1 teams change four tyres in two seconds: bit.ly/2QVpkIl
🏎️ Track & Racing Driver!
➤ Get a free report on your track driving: bit.ly/2LmYNBA
➤ Get faster on track with our FREE 25-part tutorial series:bit.ly/2PypIMK
➤ Our real-world training programmes: bit.ly/2ktjtgV
🏁 Sim Racers!
➤ My sim wheel: bit.ly/354BBlY
➤ My sim pedals: bit.ly/3eJckQo
➤ Our sim racing course: bit.ly/34WuV7p
➤ Get a free report on your track driving: bit.ly/2LmYNBA
➤ Driver61 Sim Racing Channel: bit.ly/2BMdk4B
#Formula1 #Engineering #WilliamsF1
00:00 The Williams FW15C CVT
00:19 Why Engines Have A Power Band
02:13 Why You Need Gears
02:43 How a CVT Works
07:46 Fuel For Fans - Link In Description
08:46 Why Did It Never Race? 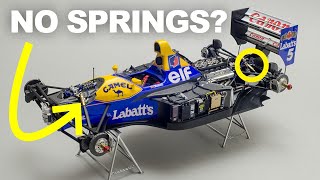 The Incredible F1 Suspension So Good It Was Banned 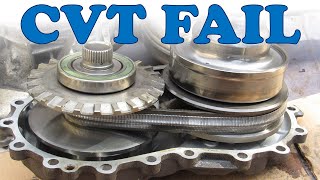 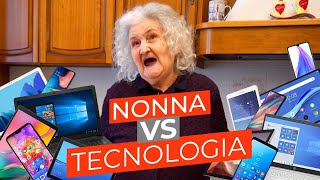 The Porsche That Had an Inflated Chassis

The Genius Aero Trick That F1 Copied from Concorde

MY VAN TOUR! *WHAT'S INSIDE MY VAN* | IVANA ALAWI