Join the 7 Days to Faster Lap Times Email List! ➤ bit.ly/39R53wF
It's free and Scott will send you his top tips to improve your lap times, both in the sim and the real-world.
This is a Jet-Powered Dragster, boasting more than 20 thousand horsepower per tonne and is one of the fastest accelerating cars on the planet.
It’s not the only dragster to use jet power though, there have been things like rocket-semi trucks, school buses and record-breaking funny cars.
But how do they work? And can they compete with the current crop of lightning-fast dragsters? All that, coming up.
➤ Subscribe for more incredible motorsport: goo.gl/AbD2f9
➤Follow us on:
➤ Instagram- @official_driver61 - bit.ly/D61Insta
➤TikTok - @official_driver61 - bit.ly/D61TikTok
Jet dragsters have been around since the 1960s when racers began purchasing military-surplus jet engines and fitting them to custom dragster chassis’. Initially, they ran them at Bonneville Salt Flats before running them in full NHRA competitions and demolishing the piston-engined cars.
However, the insane speed and fire-risks meant the NHRA banned them. Even now, jet-cars are only run as ‘exhibition cars’ and cannot compete against each other. Whilst this is a shame, we can speculate at how they stack up against current piston-engined cars.
This is the Fireforce 5, a specialised jet-dragster that completes the quarter-mile in just over 5 seconds and can hit well over 300mph. It uses a jet-engine from a helicopter and is one of the quickest jet-cars ever made.
So why would you take a technology that is normally used to propel aircraft and fit it to a race car? Essentially it’s another take on the process of releasing energy from fuel and using it to go really fast.
But for Drag Racing it's a solution that allows them to create immense power without the drawbacks that we have spoken about in previous videos, things like exploding engines, snapping chassis’ in half and ripping tyres clean off the rim.
Not to mention that they produce incredible thrust for their weight, explaining why they are so popular for propelling aircraft.
📺 F1 Driver’s Technique Explained
➤ Senna’s bizarre technique: bit.ly/3lORK59
➤ How Schumacher’s style won 7 championships: bit.ly/3527cVz
➤ Alonso’s strange steering: bit.ly/2Z7a93v
➤ How Verstappen will be F1 champion: bit.ly/3jK6L6n
➤ How Verstappen is so fast in the wet: bit.ly/32WMVhr
📺 F1 Engineering
➤ How F1 brakes work: bit.ly/3h0Whh0
➤ How an F1 clutch works: bit.ly/3i0oDJM
➤ What’s inside an F1 gearbox: bit.ly/2DzMqRW
➤ How F1 teams change four tyres in two seconds: bit.ly/2QVpkIl
🏎️ Track & Racing Driver!
➤ Get a free report on your track driving: bit.ly/2LmYNBA
➤ Get faster on track with our FREE 25-part tutorial series:bit.ly/2PypIMK
➤ Our real-world training programmes: bit.ly/2ktjtgV
🏁 Sim Racers!
➤ My sim wheel: bit.ly/354BBlY
➤ My sim pedals: bit.ly/3eJckQo
➤ Our sim racing course: bit.ly/34WuV7p
➤ Get a free report on your track driving: bit.ly/2LmYNBA
➤ Driver61 Sim Racing Channel: bit.ly/2BMdk4B
#Dragster #Motorsport #Engineering 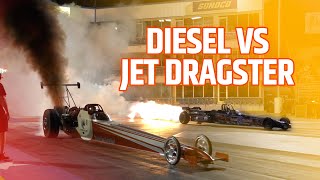 Diesel vs Jet Dragster Race - Closer Than You Think! 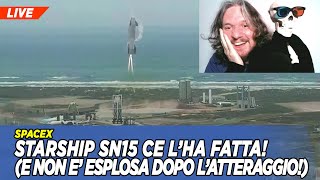 The Incredible Evolution of F1 Onboard Cameras

Most Expensive Construction Mistakes in the World

The Most Insane Dragster Ever!

The Simple Invention That Saved NASCAR